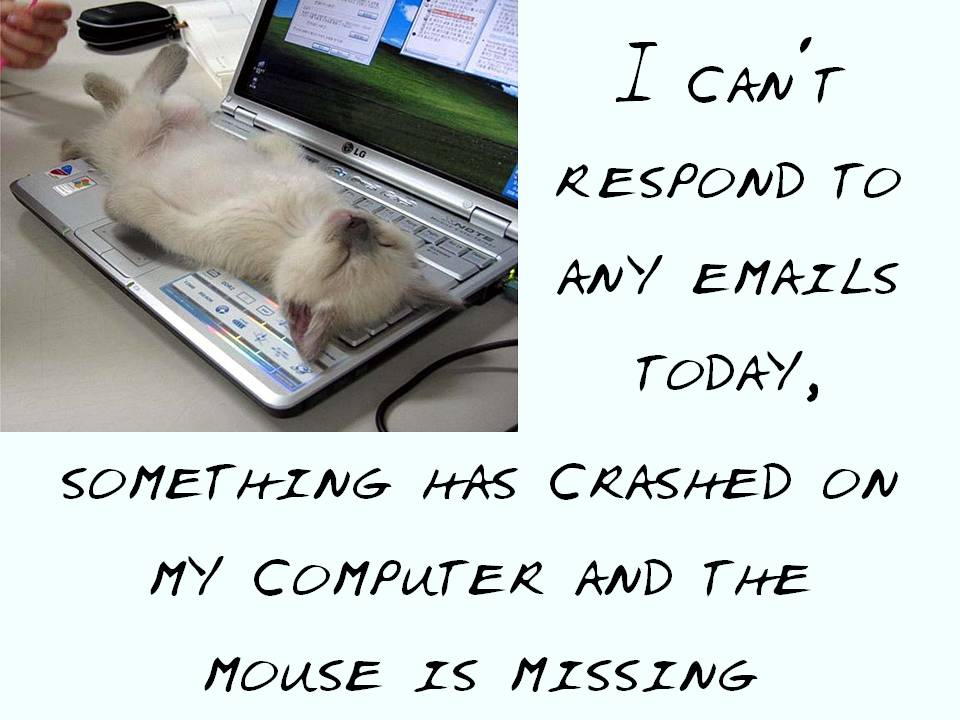 In one of the writing courses, we’ve been dealing with email of complaint, a skill B2-level writers should be able to handle, but that we have to teach and grade at high-C1 for our teacher trainers as they learn the ropes of using grammars of politeness and how to complain in an English-speaking world.

– words like ‘possibly’ and ‘maybe’ when suggesting a solution

– modals with questions and -ing forms (‘could it be worth considering’),

– superlatives in the positives (‘a truly wonderful week’) and

– played-down phrases (‘could have been better’ instead of ‘were really/very bad’ and substituting ‘very’ and ‘really’ for ‘a bit’, ‘somewhat’, ‘something of a …’, ‘a trifle’ in the complaint section of the writing

Sandwiching is also very important — start every sentence positively and put the complaint in the latter part of the sentence, then suggested solutions either as a new sentence or as another clause in what would then be a very long compound-complex sentence. Without sandwiching, a complaint becomes a rant and is unlikely to get a positive response.

We don’t get them writing limited business-to-business stuff, but encourage them to use a bit more story with a range of sentence patterns, so they can meet C1 criteria. It is a fine line we tread, especially as many of the examples we’ve found in textbooks lack the complexity required of a higher-level writer, and companies rarely publish emails of complaint.

After receiving some fairly aggressively written emails of complaint, we tried to work out what we had done wrong in our teaching. And, actually, it turned out that the Austrian students simply don’t believe that English speakers complain like this and that we are as direct as they are. We’re don’t and we’re not (a brief piece about how to be polite and complain at the same time, and another in GQ).

I decided to model an example — with 20 students, so it is somewhat clumsy at times — one that would make use of the grammars and expressions of politeness and push the students to use the idiomatic phrases expected of a C1 writer, but I am interested in your opinions, Internet world. Do you think this is an excessively polite piece of writing (bare in mind we HAVE to have some of the more convoluted sentence patterns in there to fulfil the grading criteria)?

What do you think needs to be added and removed to make it a shining example of an email of complaint?

For the last four weeks, I’ve had the time of my life at KCSS. After arriving in LA, with its amazing weather (so different from home), we were whisked to a truly welcoming welcome party where we met people who would turn out to be best friends forever.

As the summer got under way, getting to know each other better took place, often, at the sports field, with its vast range of equipment; I met Charlie, for example, as we rummaged through the tennis store looking for a racket, but it turned out that many of them could have been in better condition. We decided to play football instead, but it might be worth considering checking through the store a little more regularly to make sure the equipment is in good shape.

Exhausted from our exertions, we headed back to camp, eager to dive into the buffet awaiting us: a table groaning under the weight of burgers, fries, hot dogs, pizza and all manner of wonderfully American fare, fare which was possibly a little on the salty and fatty side for some of the other campers, who spent quite a bit of time running back and forth to the toilet. Maybe, when cooking for such a large group, some of whom have specific dietary needs, you might think about cutting back on the salt and fat a bit/ offer a little more variety of dishes, maybe a few more vegetarian options.

I really did have a superb trip and would love to come back next year with friends, so I would be very grateful if you could consider my suggestions for future years, and, possibly, think about some sort of remuneration/compensation, maybe in form of a discount or voucher for next year.

I look forward to hearing from you,

Thanks to [email protected] on Flickr for sharing this (unknown source)

This site uses Akismet to reduce spam. Learn how your comment data is processed.